Let me share some of my favorite singers from the golden age of opera. Today’s entry is none other than Claudia Muzio, whom people called “The Duse of Song”.

(Historical note: Eleanora Duse was an Italian actress. Regarded as one of the greatest actresses of all time, she’s famous for her ability to completely inhabit the roles she was portraying.)

Firstly, listening to Claudia Muzio is simply spellbinding. She’s always one hundred percent committed to her interpretation. For example, her singing is electric; always touched with a melancholic quality that’s part of the natural character of her voice.

Despite the limitations of early recording technology, the voice that comes through is a gorgeous instrument, generously rounded and rich. Multi-faceted, Muzio is a wonderful example of what some people call the “lacrime nella voce” or tears in the voice. By popular definition, this is the quality that some voices possess that makes them seem as if they are but a moment away from dissolving into a heartbroken sob. It is a haunting quality that, due to the primal quality of singing, instantly resonates in the listener.

Muzio enjoyed a vast international career as a soprano but was especially beloved by the audiences at the Teatro Colón in Buenos Aires. Therefore it’s no surprise she performed at the theater in 23 different operas. From this, she became known as “la divina Claudia”. Despite her growing fame and wealth, Muzio remained down-to-earth, occasionally even reclusive.

There were many hardships throughout Muzios life, including financial fraud at the hands of her agent (and reported lover). On May 24th, 1963, Muzio died in Rome. The officially announced cause was heart failure. She literally died at the age of forty-seven from a broken heart.

There is only one semi-complete recording of Muzio live in an opera. In 1932, Muzio appeared in the opening production of Tosca at the San Francisco War Memorial Opera House next to Dino Borgioli as Mario Cavaradossi. They broadcasted opening night on the radio. Her and Dino sang to the world that night. Unfortunately only act one exists in published form.

Although difficult to obtain, it shows Muzio at the height of her powers and completely stunning the audience despite the antique sound quality. Dino Borgioli also demonstrates why he earned a reputation for elegant musicianship and phrasing throughout his career. 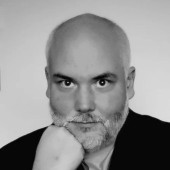 Pablo Romero is originally from Ecuador, where he studied music at the Rimsky-Korsakov Conservatory. He continued his studies in art and music at Warren Wilson College in North Carolina. Coming to Colorado to continue his vocal training, Mr. Romero graduated from Colorado State University with a Masters in Vocal Performance in 2015.​ Mr. Romero made his US operatic debut in the role of Marco Palmieri in Gondoliers with Loveland Opera Theater. His past LOT performances include Tamino in Mozart's Die Zauberflöte and Nemorino in L'Elisir D'Amore. He made his debut with the Opera Theatre of the Rockies in March of 2010 as the Priest and Armored Man in Die Zauberflöte and has performed the roles of Count Danilo (Merry Widow), Prunier (La Rondine), Hindley (Wuthering Heights) and Faust (Faust) in selected scenes for the Opera Theater of the Rockies' summer festival. A featured guest soloist at Arias At Avo's by the Opera Fort Collins Guild, has sung with the Loveland Friends of Chamber Music and has been a returning participant at the Colorado Vocal Arts Symposium. Mr. Romero's recent roles include Idomeneo, Serse, and Don José. He is based in Colorado, where he maintains active participation in recital and concert performances with Opera on Tap and the Denver Art Song Project, among others.

This site uses Akismet to reduce spam. Learn how your comment data is processed.